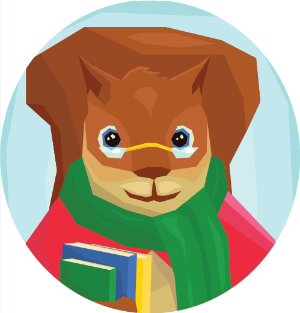 Where are you going, Larry?

Oh, and National Spring Cleaning lasts a week! Hey, but Candy gets an entire month to make up for that week of cleaning.

The one we like to celebrate most is January 21, Squirrel Appreciation Day. It’s the same day as National Hug Day. Sounds good to us!

Sometimes there can be up to 13 National days on one day.

The more important days are listed in the book Chase’s Almanac and the more fun ones are listed in National Day Calendar (nationaldaycalendar.com), which also takes requests for new days and gives you a certificate with your new day.

Some days are also called to honor someone. In 1938, the Chicago Salvation Army declared National Donut Day to honor all the women who served donuts to soldiers during World War 1. We still celebrate it and Dunkin’ hands out free donuts still. (The women who served donuts were called “doughnut lassies” and sometimes fried the dough in soldiers’ helmets. Sounds like an article for another edition of Squirrels at the Door Newsletter!)

Right now, National Day Calendar isn’t taking registrations for National days from ordinary people, only organizations. But if you want your own day, just declare it! Larry wants National Ride a Bus to School Day. He’s tired of walking!

We all know that Larry and the gang are clever. Just read Over the Falls in a Suitcase and you’ll see that they know how to publish a good book. But did you know that some squirrels chew rattlesnake skin that the rattlesnakes have shed and then lick their fur so they smell like a rattlesnake? Smelling like a rattlesnake helps keep away small predators who hunt by smell, like weasels or rattlesnakes. 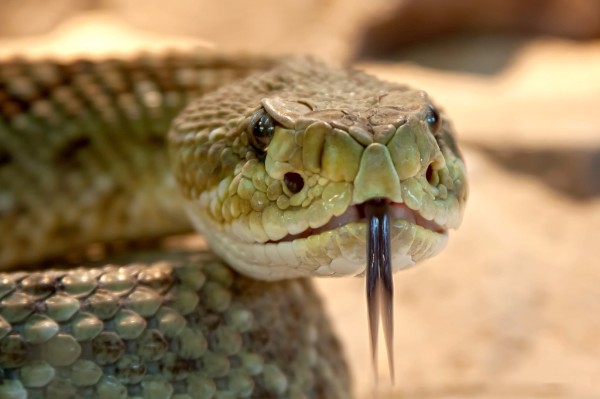 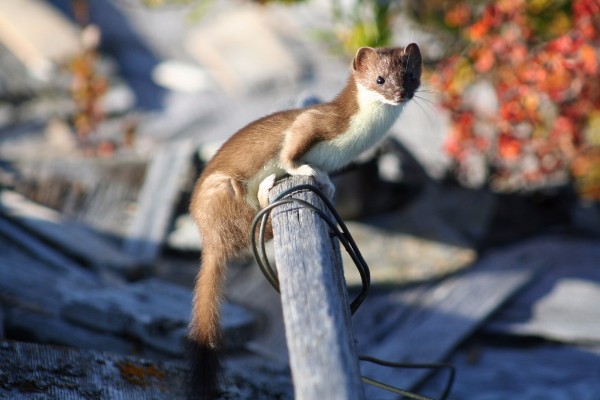 Over the Falls in a Suitcase was a big hit at the Kerrytown Book Fest. We gave away free bookmarks with each purchase. Thanks to all who stopped by! 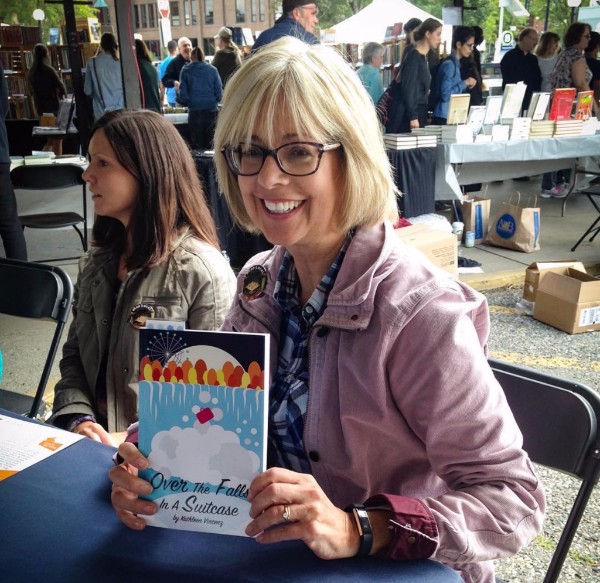 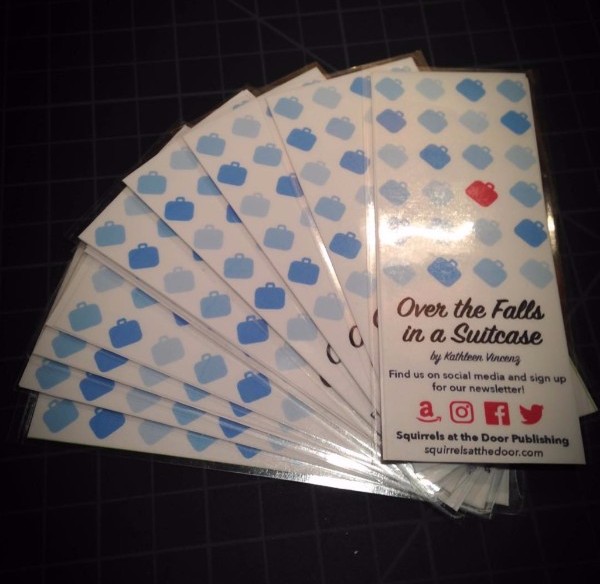 See you next time!
-The Squirrels at the Door