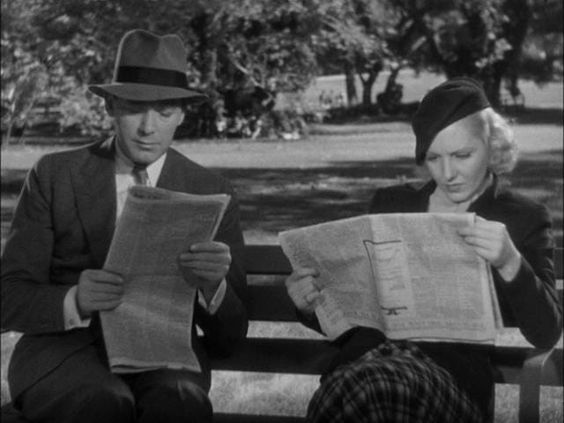 Imagine, you meet a man on a park bench and within less than five minutes, you invite him to pose as your husband. You say, only in a movie? Well, you’re right. No one in their right mind would do that, but in If Only You Could Cook, the man on the bench is Herbert Marshall and the woman inviting him is Jean Arthur. The funny thing too is that Jean Arthur thinks he’s poor. Somehow she doesn’t notice that he’s wearing an impeccably well tailored and pressed suit (see below). Perhaps she’s too busy looking for a job. If she doesn’t notice that, it makes you wonder if she also wouldn’t notice that he’s a serial killer! Actually, since he’s Herbert Marshall, he’s a CEO of a car company.