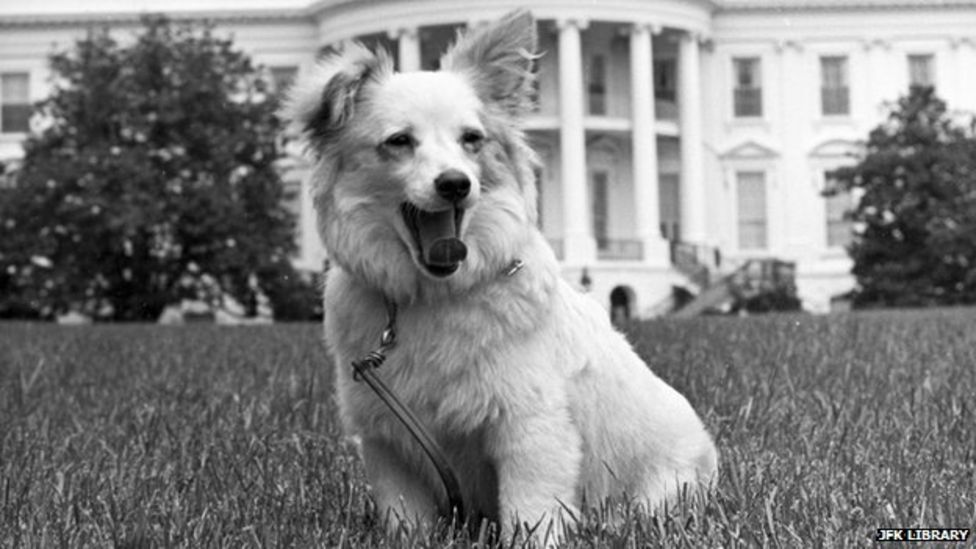 During President John Kennedy’s time in the White House, the Russian premier was Nikita Khrushchev. Imagine a Russian leader similar to Putin. He was famous for pounding his shoe on the table during a world meeting when he felt Russia, then called the Soviet Union, had been insulted.

The Secret Service worried that Pushinka was a spy–she might have an electronic device in her tail for recording White House secrets. They checked her over and found no devices, so Caroline could add Pushinka to her pet menagerie, which also included a Welsh terrier named Charlie.

Charlie fell in love with Pushinka, and they had puppies. President Kennedy called them Pupniks, after Sputnik, the Soviet space craft that lifted into space before the United States.

Caroline named the puppies Butterfly, White Tips, Blackie, and Streaker, but she couldn’t keep them. Many people wrote in asking for them so they gave them away.

Sadly, President John Kennedy was the American president for only a few years before he was shot in Dallas, Texas. He was famous for saying that we should ask what we could do for our country and not ask what our country could do for us. He also pledged that the United States would land on the moon before the end of the 1960s. The time he was in office was called Camelot, for the legendary castle of King Arthur and the Knights of the Round Table.